An Introduction of “Voces de Sefarad” 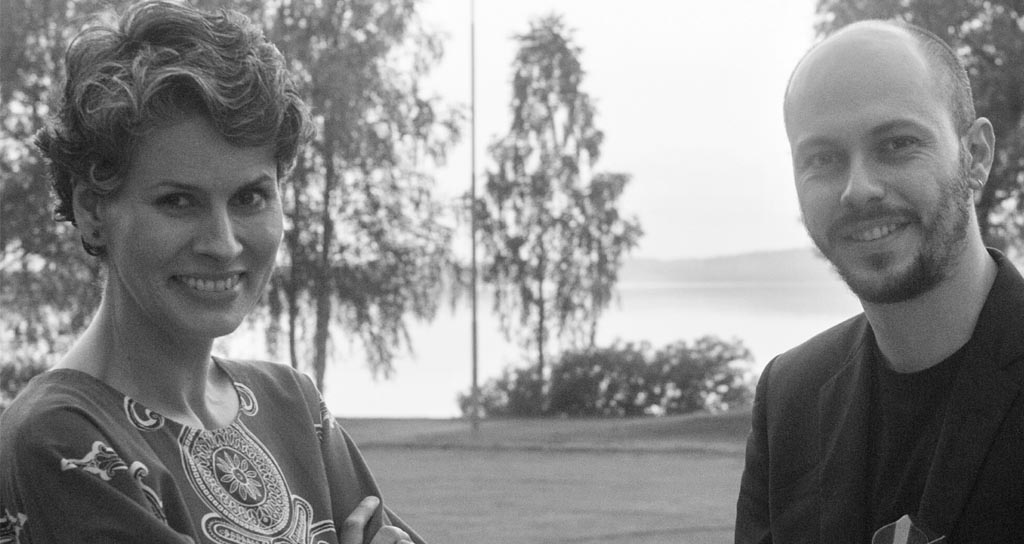 If you wish read this article in spanish, click the link

This record project was principally generated from an idea, consequent to the special meeting with Romina Basso, which happened in July 2014 for a concert dedicated to Lamenti and held in Kuhmo, Finland, to commit us to a programme which would have been based on Spain, focusing principally on an ancient repertoire or music from the popular tradition, and which would have also touched the vast but enigmatic Sephardic cancionero, the Hispano-Jewish matrix song repertoire. 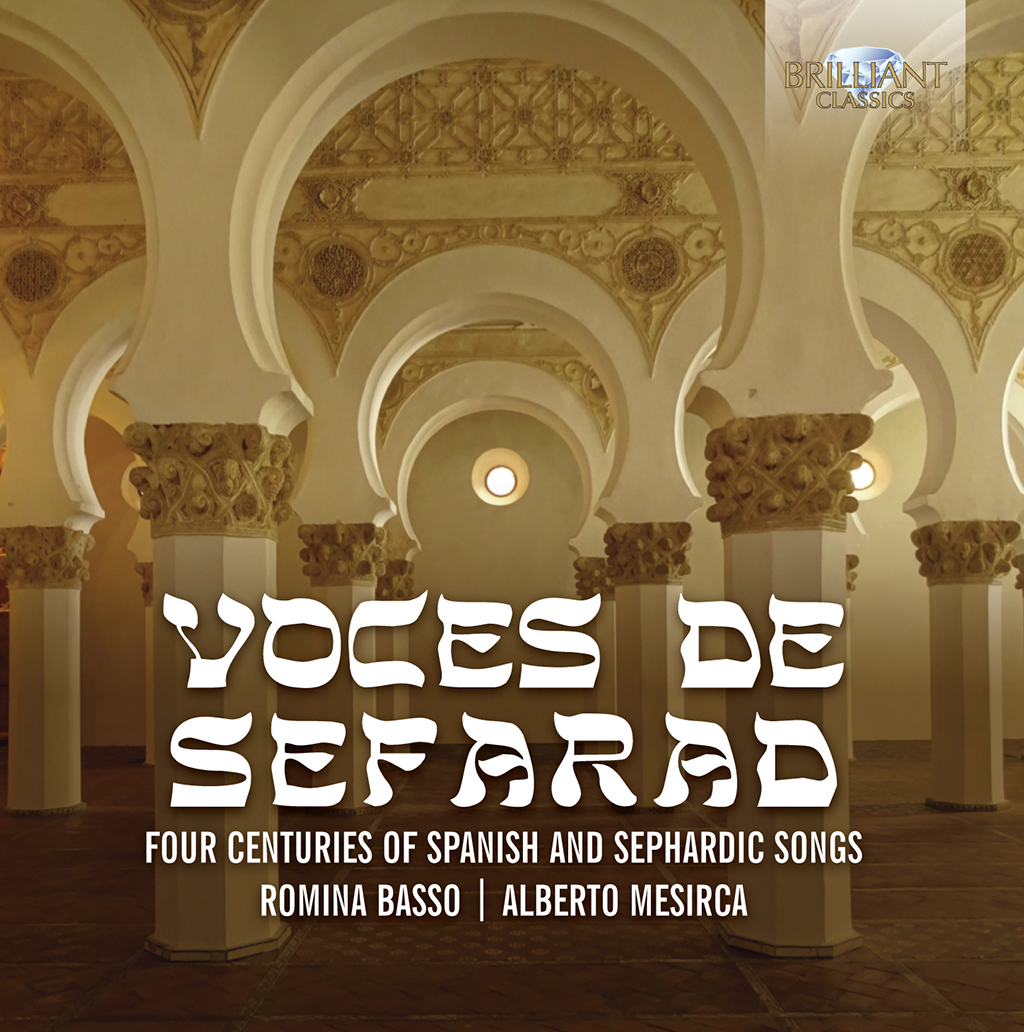 Destiny wanted that the job I managed to complete at the Musical Archive of the National Library in Istanbul (as you know, Constantinople was one of the main places of migration for the Hispanic Jews after the persecutions) could permit us to have access to a huge repertoire of Sephardic songs, and with the help of my wonderful friend Aron Saltiel I could extract very peculiar lyrics and melodies.

Nani is a lullaby from Turkey, which has the same narrative theme as the traditional Spanish song Me casó mi madre; it’s interesting, as Saltiel says, seeing how there are other romances with this very melody, but with a different text, as in the case of Maio, maio.

El rey de muncho madruga is a Hispanic romance, of which there are other versions under the name Andarletto. Saltiel collected this composition in Bat-Yam, Israel, as sung by an old woman who migrated from Turkey, and published it in “The Sephardic Songbook” (C. F. Peters, 2001, in collaboration with Joshua Horowitz). El Conde Niño, known in other versions under the name El Condelino, is not truly a Sephardic song, but a Hispanic romance, which nevertheless managed to survive principally thanks to the oral transmission in the Sephardic communities.

In the case of many traditional melodies, as there were no scores nor audio recordings, the original versions soon disappeared, however many versions of the same compositions remained (with a similar or identical text, but with different melodies, conforming to the place in which the communities settled down, and to the consequent influence of the local musical tradition).

The consecutive idea, after this research, was to try to put in practice (in this case, in music) the cultural travel which the Sephardic Jews had to make, migrating to Constantinople, and the resulting cultural inter-exchange: how would these melodies sound, with the musical instruments that the Jews found in Turkey, the Ney, the Percussions, the Tanbur, the Arab Lute? And, as there was a wonderful and flourished Ottoman Baroque repertoire, how would the works by Juan Hidalgo de Polanco or the Tonos Humanos like Lloren mis ojos sound with a basso continuo which is performed by oriental instruments, which are mainly structured on micro-tonal scales?

This is the challenge of the project, that we decided to call Voces de Sefarad as a homage to the Spanish Jews who migrated to Oriental lands, as a homage to the Spanish traditional repertoire (Sefarad is the term used by the Jews to name Spain), and to the wonderful and deep treasure of Tonos Humanos (thanks to the precious help of the great vihuela player and musicologist John Griffiths, who opened to us many ways to our research), which found in Juan Hidalgo de Polanco and José Marin two of its most illustrious representatives.

The Tonos Humanos are musical compositions in Romance language, characterized by a profane theme, which were popular in Spain during the 17th Century, and which are juxtaposed to the tonos a lo divino, characterized by religious themes. Their peculiarity, as in the major part of the traditional and popular musical repertoire of the time, is the structure, which is divided into refrains (estribillos) and verses (coplas).

During the first half of the 17th Century the principal Tonos were characterized by a polyphonic structure, as we can see in the Opus of Mateo Romero and Juan Blas Castro; however, from the second half of the same Century, a new compositional method for the Tonos became quite popular, characterized by monody and a basso continuo accompaniment, whose best examples are to be found in the work of Marin and Hidalgo. This new compositional method for the Tonos was then substituted just at the beginning of the 18th Century, by the increasing popularity of the so-called cantada profana.

Our musical travel was furthermore enriched by instrumental interludes, performed by the excellent musicians who accompanied us during this recording, and guided by the great Maestro of the Percussions Fahrettin Yarkin. We asked them to perform improvisations (taksims) on the scales (makams) and modes which could come as close as possible to the scales and tonalities of the pieces we chose for the project.

Alonso Mudarra (1510-1580) is one of the seven Spanish vihuelists whose Opus survived the adversities of Time. In 1546 he published in Sevilla his Tres libros de mùsica en cifra para vihuela which included transcriptions of works of many Renaissance composers such as Josquin Des Prez, Nicolas Gombert, Adrian Willaert, Antoine de Févin and Pedro Escobar, together with his own compositions: 44 for Vihuela, 26 for Voice and Vihuela, 6 for solo Guitar and a piece for Organ and Guitar. Among these works we find Fantasies, tientos, Pavans and songs with lyrics in Latin, Italian and Spanish by authors such as Virgilio, Orazio, Petrarca, Jorge Manrique or Garcilaso de la Vega. The lyrics of the Sephardic romance Triste estaba el rey David comes from the Second Book of Samuel and tells about one of the most tragic themes in King David’s life, the death of his son Absalón, and its simple melody, characterized by an ornamentation on an essentially homophonic texture, recalls in its beginning the ecclesiastic intonations and the Spanish traditional Laments.

José Marin (1619-1699) was a famous tenor, who worked in the Monasterio de la Encarnación, and a great author, despite his scandalous personality -being imprisoned and tortured with the accuse of theft- he has been capable of writing incredibly beautiful, highly poetical songs such as Que se lleva las almas, Si quiete vivr, Tortolilla si no es por amor or Ojos, pues me desdeñáis, which could make one assume a theatrical origin, due to the intensity of their lyrics. His tonos for voice tell us about the 17th Century and about the Baroque Era as clearly as a tragedy or a painting from the same époque, trough their various ternary rhythms which continuous changes of accents and hemioles, and their melodies which are full of passion and grace.

Juan Hidalgo de Polanco (1614-1685) played the Cembalo and the Harp. The consolidation of the musical-theatrical genre which was initiated by Calderón became stronger in the 50’s of the 17th Century and Hidalgo decided to unify words and music under this new style, putting into music a huge quantity of texts which belonged to the religious and profane Theatre by Góngora, Lope de Vega, and mainly Calderón. He played a major role for the evolution of the tonos humanos y divinos, which, with their theatrical power, after his work can be considered as the Spanish equivalent of Arias from Italian Operas.

In 1931, Federico Garcia Lorca (1898-1936) and Encarnación López, also known as La argentinita, recorded five gramophone discs with ten Spanish popular songs which have been transcribed and harmonized: Zorongo gitano, Los cuatro muleros, Anda Jaleo, En el Café de Chinitas, Las tres hojas, Los mozos de Monleón, Los Pelegrinitos, Nana de Sevilla, Sevillanas del siglo XVIII and Las morillas de Jaén. La Argentinita was singing, and at the same time keeping the rhythm in “zapateado” and playing the castañetas, and meanwhile the poet was accompanying her at the Piano. The success of these recording was immediate and these works became a milestone for the traditional cancionero.

Manuel de Falla (1876-1946) wrote in Paris his Siete canciones populares españolas in 1914, taking inspiration from the folkloric melodies, of different proveniences, which he re-elaborated in depth creating a new version for Voice and Piano. In this way, Falla offers in this work a re-creation of the rhythms, of the modal tones and of the melodic intervals of concrete popular themes through the use of compositional elements such as the tonal ambiguity or the metric complexity. Thus he presents a nostalgic and enigmatic Asturiana; a lullaby, Nana, which has an openly oriental atmosphere, and whose origin is probably from Murcia or Andalusia, and Polo, which is characterized by a type of writing whose ornamentation is typical of the cante jondo. The version for Voice and Guitar was made by Falla’s friend and excellent guitarist, Miguell Llobet.

Despite its origin, viscerally bound to the Andalusian culture, the Spanish Guitar had its cradle in Cataluña, the region which gave birth to the most important exponent of the Spanish Guitar art  during the 19th Century, Fernando Sor, and which always maintained a truly lively culture for the Guitar, even during its Romantic decadence. It is not surprising thus that, even during the 20th Century, in a period in which music was not strictly composed by the virtuosos who would have even performed it, but mainly by the composers who could combine the purely musical values and the idiomatic ones, the Catalan Maestros were in the first rows among Spanish composers. Among them, Federico Mompou (1893-1987) is one of the most important composers of his time. He represented, in Music History of the 20th Century, the surviving of the musical tendency to pianistic intimacy, peculiar of Impressionism, and bound to the epitome of the so-called musica callada, a way of feeling and making music on the margin with silence, in an ambience of intense and absorbed spirituality. In his music for Guitar (the wonderful Suite Compostelana and the Cancion y Danza, on themes of Alfonso X El sabio), Mompou puts in practice the epitome which is admirably expressed in the verses of San Juan de la Cruz, which constitute the highest aspiration in the work of the Catalan composer, and together with it, the most eloquent epigraph: